We saw signs of trouble last week and it should be of no surprise that the port of Oakland is seeing increased congestion coming back from the July 4th holiday weekend. For the third year in a row, the July 4th weekend has brought with it significant delays at the port.

As I mentioned last week, the biggest current bottleneck is occurring ship-side with not enough skilled labor available to unload containers off of vessels. From what we have seen, vessels have been waiting waiting three to five days to begin unloading after arriving at the port. The actual time it is taking vessels to discharge their Oakland containers once docked at the terminal is also taking longer. Where in the past, a vessel in Oakland would usually have its containers discharged in roughly 24 hours, we are seeing the actual discharge time take three to four days in many many instances.

I took a walk along the Bay this afternoon and saw a number of vessels anchored. A screenshot image from the VesselFinder website shows a total of seven vessels waiting in the Bay. 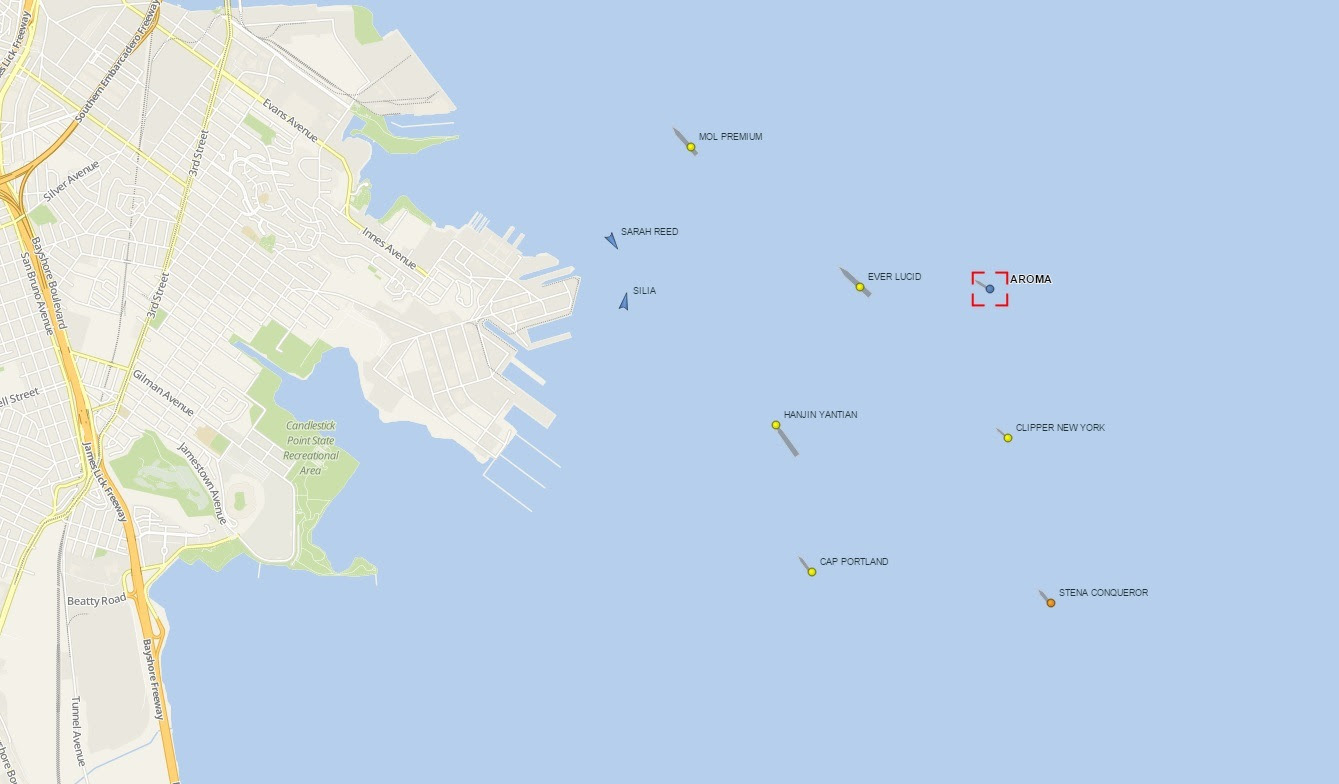 These delays in container unloading are bringing the port of Oakland back to the dark days of the ILWU-PMA contract dispute that ended less than 6 months ago. While the situation isn’t nearly as bad as January and February of 2015, importers and exporters should plan for the increasing delays.

The G6 Alliance of ocean carriers (APL, HMM, MOL, Hapag-Lloyd, NYK, and OOCL) have announced that their PA2 service will stop calling the port of Oakland for the remainder of July. There are rumors of other carriers following suit.

The ILWU and PMA are blaming each other for the current crisis. The PMA is at a loss and cannot explain why insufficient skilled labor is showing up to work. On the other side, the ILWU is claiming that the PMA needs to hire and train more full-time labor. Per a recent JOC newsletter, the ILWU and PMA have agreed to promote 100 part-time workers to full time status. However the process of training the workers will not be complete until sometime in July.

Keeping in mind that turn times picking up containers at various terminals in Oakland remain awful, importers and exporters need to brace themselves for increasingly worse delays getting their containers to and from the port.